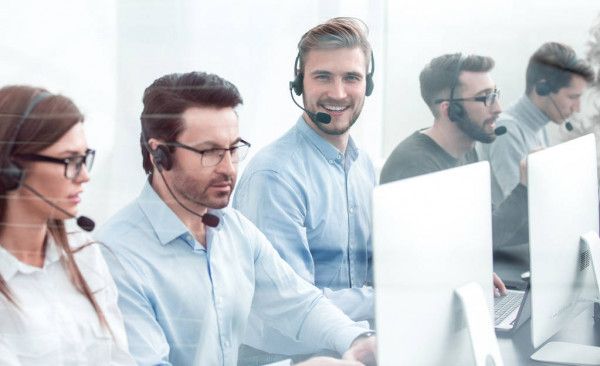 So you've read two or three articles about 'Telemarketing', and you're now desperate whether to call for a service or not. Here's the thing, there are several things that the internet or call service competitors won't tell you about telemarketing services.

But "there's more than what meets the eye", which is why we specifically listed out the 7 things you probably don't know about telemarketing in this post.

7 Telemarketing Secrets You Don't Know About

1. It’s Not Just About Selling

Prospects would do 'Telemarketers' a huge favour only if they talk more during the less than 15-minute conversation. Telemarketers prefer to hear your opinions and suggestions rather than explaining things one way or another.

From there, they can get an insight into the things that interest prospects, which could be valuable for other offers you had in mind. For instance, if you're a clothing brand, and want to propose a discount voucher for the spring collection to someone who loves winter clothing, then your offer might get declined.

But after a few months, you now have an idea of who to call next since you've gained insight from your past conversation with your prospect.

Brilliant? I think so too!

Imagine getting a phone call from a stranger on the most random day, only to find out that they’re pitching products or services for you? How would you react?

People cannot see you, and don’t you know you personally. Yet there you are, talking to them. How would that make you feel?

This is why Telemarketers are often referred to as scammer, and we cannot blame them for that. ‘Scammers’ are the most deceptive people on earth, and they can do everything to lie in your face.

But an effective telemarketer should always think of a creative way to approach a prospect without making them feel uncomfortable or as if they already knew everything about a certain person.

Knowing Telemarketing, it’s not just a sales job except, they’re doing the task through the phone.

3. Scripts Are Necessary But Not Always

Just like how necessary scripts are in roleplay or theatre, so does Telemarketing.

The script would help receptionists introduce your products or services, and it serves as a guideline on how you want things to turn out. It plays a vital role in your sales, helping prospects to engage in a conversation while avoiding phone call mistakes.

However, outbound call scripts may sound too sales pitchy and repetitive at times, especially when receptionists have been saying the same thing for over a hundred times.

Both the script and receptionists control how things would turn out. If the latter strictly follow what the script says, this can harm your credibility and authenticity in pointing out your call objectives.

Don't make the calls 'too robotic' since prospects are not interested in that. Instead, make the caller follow a certain pattern but flexible enough to handle problems and propose a solution.

4. You Might End Up Calling 80 People Before Getting A Prospect

A general survey said that only one would be interested in a follow-up conversation among 80 people, a telemarketer calls a day. What can we say? Rejection is an inevitable part of telemarketing we don’t know.

Telemarketers might've called the wrong time, offer unsuitable products, and other instances that may lead to rejection. So it's not fair to give up easily. What are the odds that could actually find your potential customer among the ten or hundred calls you made?

It is vital to keep a resilient attitude to always recover from any responses, including rejection. Keep the hurrah going, and go for it even if it means only 10% of the calls had positive responses.

C. Shakhawat Sultan, a Business Development Manager at CodeRex, said that "Falsehood, scamming, and confusing a customer to purchase will eventually result in a downfall." And don't you just agree?

Even if the objective is to make sales, Telemarketing Services doesn't necessarily have to lie. In fact, lying won't work. It may even affect your company's reputation.

This is why receptionists tell the truth at all times, or when the customer asks a certain question such as the pricing, additional costs, terms and agreement, and thereof.

Remember, "honesty is the best policy". So there's no use in lying. Sooner or later, prospects would find out what you're hiding, and instead of closing a deal, you are closing an opportunity.

It takes a huge amount of talent to bear hundreds of calls a day without getting bored or sounding too robotic and remaining upbeat most of the time. That's what Telemarketers do every single day!

As a matter of fact, telemarketing is just like any other career sales opportunity that can turn into a career or just a temporary job. The secret? A few years from now, these people can look back and say it was all worth it.

Why? Because they are the most diligent and dedicated people for the job. Their contract can either be extended or they can get promoted! As a result, telemarketing does represent a career.

7. Ending A Call Doesn’t Necessarily Mean the End of Sale

Did you know that when a potential customer won’t answer your calls, they’re automatically added to the ‘call again in the future list?’

Okay maybe that’s not exactly the name of the list, but technically, that’s the point. Telemarketing companies won’t stop calling clients until they would eventually hear them for a short conversation.

Until then, an effective telemarketer would have to prove what makes your product or services special, and what will motivate them to make a purchase. If from then, the prospect still rejects your offer, there can be two possibilities.

But of course, that would take a huge amount of time, and expenses on your part. You wouldn’t want to sign a contract with an ineffective telemarketing company. That’s where our part comes in.

Appointment Setting UK helps your business to contact the best Telemarketing Service Company across the United Kingdom. Just name your preference, and choose the most suitable match for you so you won't have to look further.

So what are you waiting for?

Request A Free Quote From Our Telemarketing Partners Today!

GET FREE QUOTES FROM OUR PARTNERS
Reach 300% More Customers With Our Appointment Setting Services!
SEND ME THE OFFERS

Qualified Leads vs. Unqualified Leads: What You Need to Know!
If you are a business owner, advertising manager, or marketing agency in charge of bringing traffic to your website and converting leads into sales, then you know how important a steady flow of leads is. When generating leads for your business, it's important to know the difference between qualified and
7 Benefits of Market Segmentation For Your Business and Customers
Understanding your customer is one of the most critical things you can do as a business owner. This entails figuring out who they are and where they can be found. Market segmentation is a strategy that allows businesses to identify different types of customers and determine the best way to
What is Market Segmentation: Demographic, Psychographic, Geographical,Behavioral
As market research becomes more accessible, companies are using it to better market their products.  By understanding what the customer needs, a company can create products that fit those needs, which in turn leads to more satisfied customers who are then willing to purchase more from the company. The practice
See All Posts